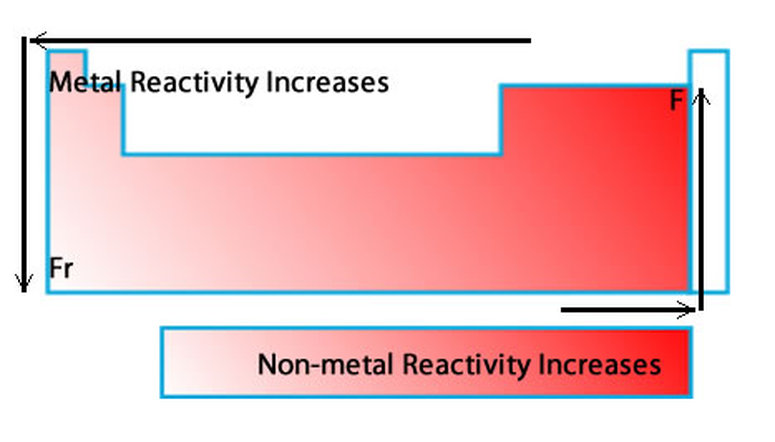 Metals are the elements (except hydrogen) which are electropositive and form cations by losing electrons. Metals can be categorized.

We can categorize metals by

Q: Give some important physical and chemical character of metals?

Important chemical properties of metals are:

Q: what you know about the electropositive character of metals?

Chemically a metal has the ability to lose valence electrons to form a metal cation.

The tendency of a metal to lose electrons is called electropositivity.

where M stands for any metal.

Trend of metals reactivity in the periodic table

Q: How we can understand electropositivity of metals from nature of oxides?

Trends in electropositivity from the nature of the oxides.

Nature of oxides of elements in the period No. 3

In each of the following pairs of elements, identify which element is more metallic.

Ans: Na2O is more basic because basic character increase down the group

Q: How can you compare reactivity of alkali and alkaline earth metals?

To make a comparison of reactivity of alkali and alkaline earth metals. We need to know their position in the periodic table and their relative tendencies to lose electrons.

Identify the position of Mg and Ca in the periodic table.

Q:  What you know about ionization energies of alkali and alkaline earth metals?

Ex:Thus Mg is more reactive than Be but less reactive than Ca. Like alkali metals, they are also kept under a liquid such as kerosene oil to prevent contact with moist air.

Q: Write properties and uses of some imortant alkali and alkaline earth metals?

The most important alkali metal is sodium.

The reason is that in iron, metal atoms are tightly packed due to their small size. They are held through strong metallic bonds due to many electrons in the valence shell. Whereas sodium consists of bigger atoms. Because of large size and only one electron, sodium atoms have weak metallic bonds. Thus sodium is a soft metal.

This reaction is highly exothermic and proceeds with light explosion. For this reason, it should not be picked with fingers. 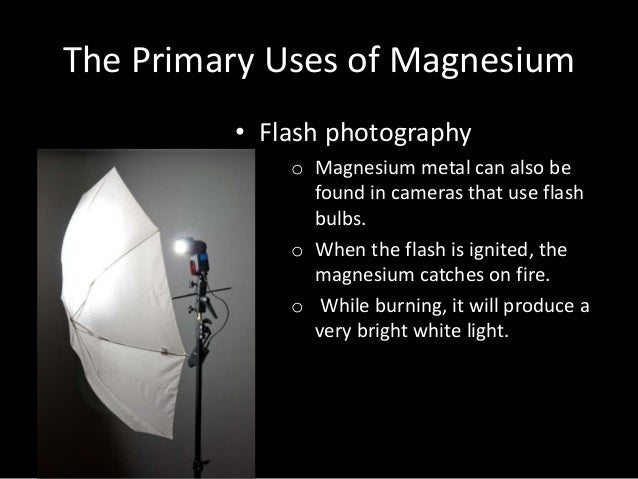 Magnesium has relatively low density and it is used in making light weight alloy with aluminum  that are used for making frames of automobiles , air craft and spaceship, cameras etc. Since magnesium burns brilliantly, it is used in photo flash guns. Mg(OH)2 called milk of magnesia  is commonly used  as antacid. 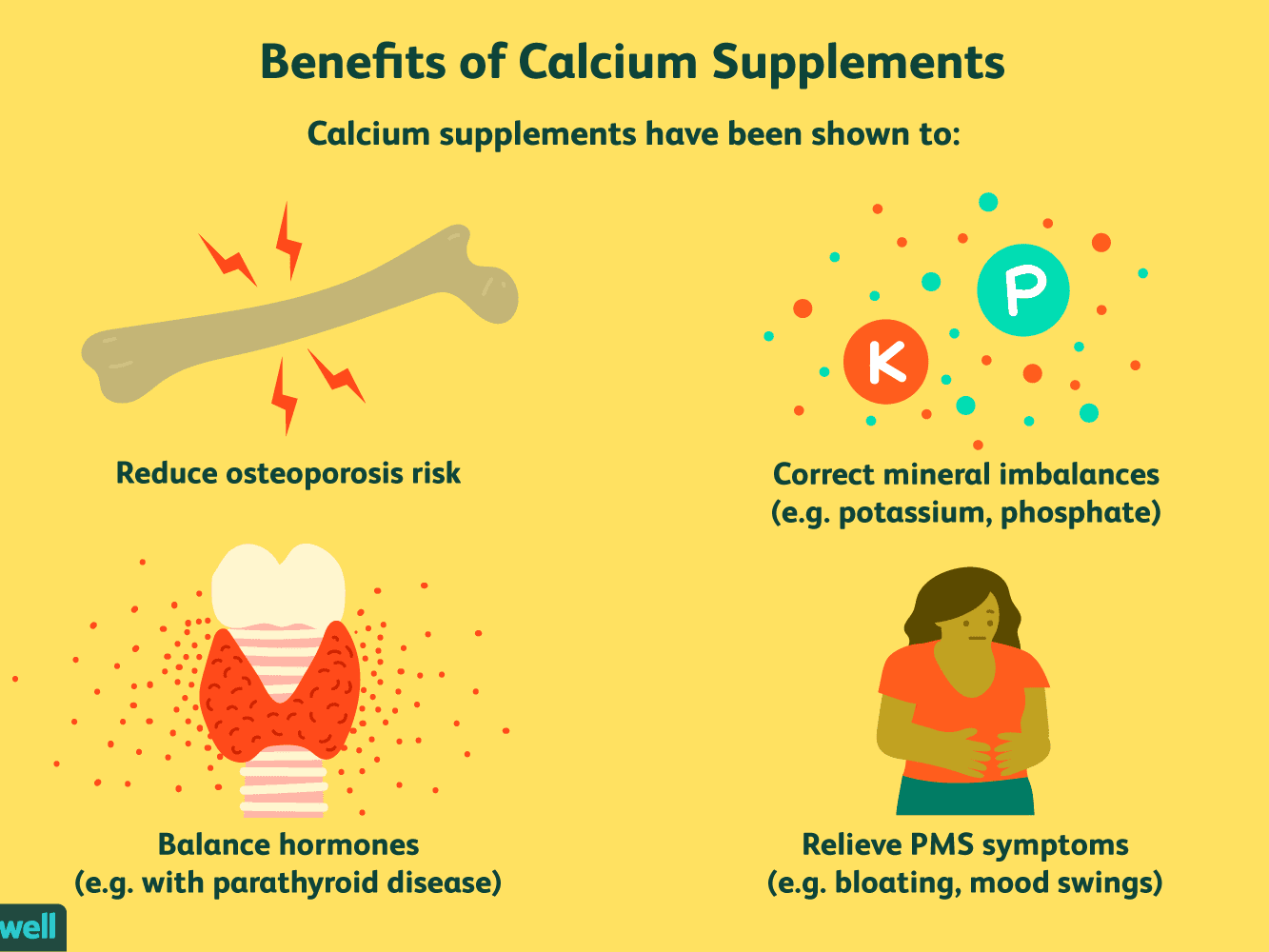 Calcium is an important component of teeth and bones. Calcium ions are found in all living cells. They are involved in the clotting of blood. A proper Ca+2 and K+ ions balance is required for normal heart function.

The chemistry of metals is characterized by their ability to lose electrons to form cations. Some metals such as copper, silver, gold and platinum are relatively difficult to oxidize. Therefore, these metals are often called noble metals.

Copper, silver and gold have been used for thousand of years to make jewelry and coins. These metals have beautiful high luster and malleability. Pure gold is too soft to be used alone for making jewelry. It is alloyed with or copper to make it harder. A Carat system is used to express purity of gold. Pure gold is 24 Carat. Coinage gold is 22 Carat or = 92% gold. Copper is a common coinage metal though modern pennies are only copper plated. In Pakistan coins are made from Cu-Ni alloy.

Elements that conduct heat and electricity poorly are called non-metals.

Non-metals are generally gases or dull, brittle solids at room temperature except bromine which is liquid.

Several elements near the stepped line have mixed properties of metals and non-metals. These elements are called metalloids.

Important physical properties of non-metals are as follows:

Physical properties of non-metals change gradually but uniquely in a group of non-metals. Nonmetals usually exist in all three physical states of matter. The non-metals at the top of the group are usually gases while others are either liquids or solids.

Non-metals appear in the upper right portion of the periodic table except hydrogen.

This is due to increase in nuclear charge and decrease in atomic size, which binds the extra electron more tightly to the nucleus.

In each of the following pairs of elements, identify which element is more non-metallic.

Q: What are halogens, compare the reactivity of halogens?

Comparison of Reactivity of the Halogens

The elements in group VII-A are called halogens. The name halogen is derived from the Greek words “halous” meaning salt and “gen” meaning former.

The halogens react with hydrogen to form hydrogen halides.

Oxidizing power of F2 is the highest and that of I2 is lowest. Due to the relative strength as oxidizing agent, it is possible for a free halogen to oxidize the ion of halogen next to it in the group. This means F2 can oxidize all the halide ions to free halogen. For example,

Similarly Cl2 can oxidize Br– and I– ions. But I2 can not oxidize any halide ion.

Which of the following displacement reactions will occur?

(ii)        Which of the following oxides is amphoteric oxide?

(iii)      Which of the following elements is most metallic?

(vi)       Which of the following elements is the least non-metallic?